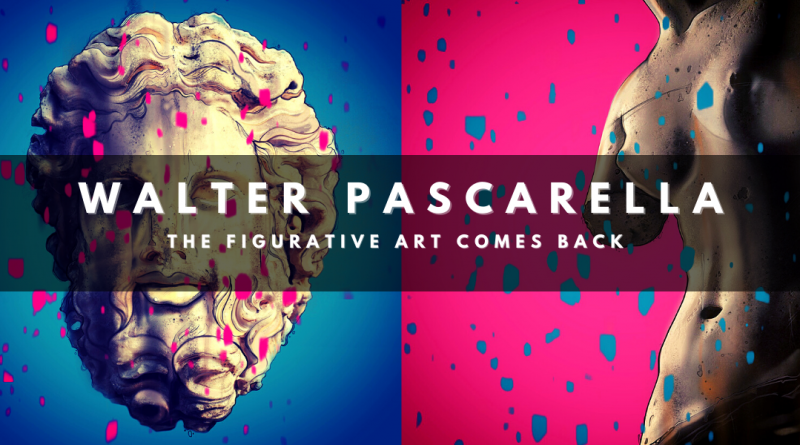 Walter Pascarella is an artist originally from Naples. He creates pop-style paintings, with a focus on objects and stories from a remote past. Through painting, his mission is to give new life to the ancient myths, combining them with today’s reality and offering his modern viewers new stories to tell. Nziria offers his readers a sincere portrait of an artist who has always known he was one, but only recently he became aware of his great value. 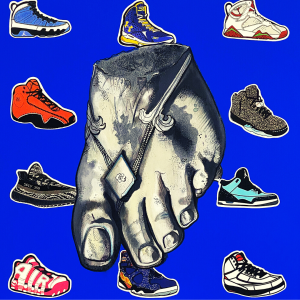 A simple conversation with Walter on the phone immediately revealed his great humility. His life has always revolved around art, but how it has become a permanent part of his daily life is a story to be told. Its uniqueness? It stems from his greatest weaknesses: the embarrassment, even the shame of being called an artist, for example. Or the fear of not being able to convey his very nature through his paintings. However, the fear of not being understood or remembered was only a strong motivation to develop a full artistic awareness and maturity, which has been widely shown in his unique works, now also appreciated overseas.

Walter attended the School of Art in Cascano and then the Academy of Fine Arts in Naples, where he chose the painting course. When he finished his studies, he did not immediately think about a career as an artist. He simply did not consider himself as such. So, he tried out all sorts of things: from teacher to waiter, including the retail sector. Anything, indeed, in order to escape from a reality he always suffered.

So Walter travelled a lot. He spent a period of his life in Australia, then in Japan, working as a sales retailer for the major high fashion brands. Then he returned to Italy, planning a temporary pause. But the pandemic stopped everything, and consequently also travelling. And so painting returned once again in his life, first saving him from his inactivity, and then making him a conscious artist. He finally came out of his shell: a virtue of necessity, they say. Thus, the need to evolve and finally regain possession of what has always been part of his life, that is, to live with art and for art, became an urgent necessity for Walter.

The first commissions, the first recognition, and the first important earnings began. Initially unwilling to show himself and his work, he even opened an Instagram channel where he promoted his art. He is finally aware of his innate talent, the one he had probably questioned until some time ago.

The focus of Walter’s stylistic choices is certainly on references to classical art, with a wink to mythology. “My artistic research is mainly directed towards the past. It is nostalgic for that tame beauty, hidden in fragments of history. It is a dialogue between colour and looks, between characters and objects that no longer belong to this world. A kind of new humanism that borrows from the echoes and murmurs that fluctuate in other dimensions. It is a way of self-contradiction, a flag of my personality, an interweaving of identities, a multitude of intentions. It is the desire to be able to listen to the words, not the imperious ones, of my heart to my hands,” says Walter.

The dialogue is a key feature of his paintings. It is wonderful 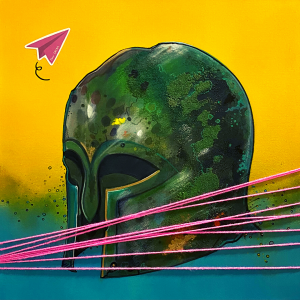 to see how different eras communicate spontaneously, in total harmony. The helmet is a case in point. It is an object that once belonged to a Greek warrior, in Covid’s time may well represent an unusual safety device for health, as well as protection for the soul and dreams. The lively pop influence of the 1980s is also very clear, in the use of strong, vibrant textures. In his brushstrokes, it is impossible not to see references to old-fashioned gaming, but also to the more recent one; for example, a Pikachu rests quietly on the head of an ancient statue.

Back to figurative art to tell stories

The main purpose of Walter’s stylistic research is to save all those stories, myths, and anecdotes that would otherwise be forgotten. This is a way of making one’s own past and origins known and appreciated, especially by young people, thanks to the constant references to modernity, which update antiquity as never before. Walter’s art thus returns to conveying beauty through the use of storytelling. The artist has often declared his intolerance for that kind of “committed” art, which must necessarily make us reflect and act as a warning. His predilection for figurative art is therefore not only a controversial choice but also an effort to save this art from oblivion. According to Walter, figurative art is highly at risk of disappearing, where abstract art is preferred. Figurative art in fact ‘forces’ the viewer to reflect, to imagine something starting from the very reality of objects.

But the attention to detail in these paintings has a secret: writing. The creative process begins with words, which then magically transform into precise brushstrokes. Walter has confessed that it is during the night, just before going to bed, that his imagination takes possession of him. The stories that arise are incredible, and they support each painting, helping the viewer to understand the work more fully. But Walter never appears as the main protagonist: he prefers his emotions to speak for him.

Madame So, the black artist we need for the future 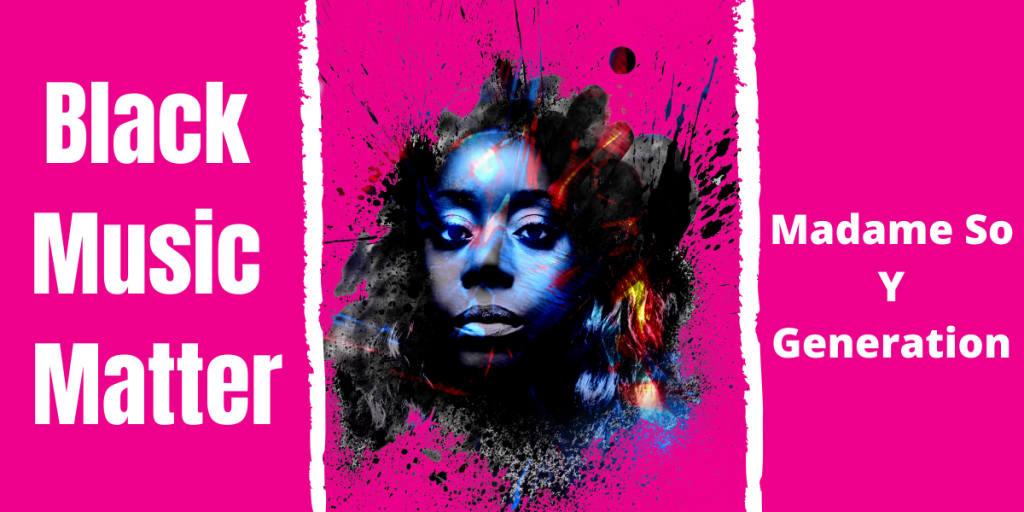 Madame So is a Parisian singer-songwriter, operating on the independent music scene and living in London. Her music, scratchy and