Dirty Sound Magnet are a rock trio from Switzerland. Their music has been described as ‘a mystical journey into the future’ because of their psychedelic melodies, which are so evocative of the golden years of rock music, from Led Zeppelin to Pink Floyd. They tell Nziria how their musical vitality knows no bounds, not even with a pandemic in the way. They recorded a live session, with new and different arrangements, and thus gave fans all the pleasure of a live show in the comfort of their own homes. What’s more, Dirty Sound Magnet have announced new music for 2021. 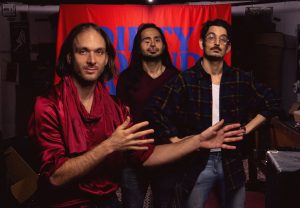 If you play a Dirty Sound Magnet song, you are immediately transported to a new Woodstock era. Their songs are an authentic concentration of energy. The powerful guitar solos are influenced by the musical heritage of the golden years of rock music; but at the same time these songs are inexplicably new, original and fresh. Their secret? They draw on the richness of the past, but also fully immerse themselves in the contemporary, taking inspiration from artists of their own age. Modern production techniques, committed lyrics and a healthy desire to push their limits every day do the rest. It is no surprise, therefore, that now are the kings of today’s European psychedelic rock scene.

Dirty Sound Magnet are a trio originally from Freiburg, Switzerland, and formed by Stavros (guitar and lead vocals), Marco (bass and backing vocals) and Maxime (drums). In 2017, their first album, Western Lies, was released on the Berlin label Noisolution. It makes clear from the very first notes what the guys are made of. A natural talent and a charismatic personality immediately stand out: qualities that in fact were immediately recognised and rewarded. In the same year, the band won the award in the category ‘best Swiss rock song’ for their single Homo Economicus. 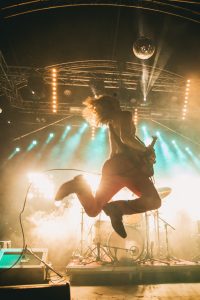 But that was only the beginning. From then on, Dirty Sound Magnet’s fame grew from strength to strength. For three years, they played over 200 shows, touring a number of countries across Europe.  The consecration as a psychedelic rock band comes in 2019, with their crazy album Transgenic. This is a real immersion in the fabulous 70′, with groovy sounds that make your head spin.

Exactly one year ago in April, Dirty Sound Magnet were due to go on tour for a UK live show and then record their powerful performances on a record entitled Live in UK. As mentioned above, this is a band that loves to push their limits and evolve every day. An attitude that in some way also flows into their songs, which are modified in their structure through the amazing improvisations made during the live shows. A type of arrangement that over the years fans have increasingly loved and wanted to hear on a record.

Last spring, we all know what a setback the world we knew was forced into. A forced stop that, however, in the mind of Dirty Sound Magnet, seemed just another challenge to overcome. That’s how Live in the UK turned into Live Alert, and still came out on 6 November 2020. Covid may have prevented the aggregation and sense of sharing that every concert provides. But the power of the music released by Dirty Sound Magnet’s songs has known no barriers; in fact, it has once again overcome them.

That is why the band decided to recreate the live atmosphere in their studio in Freiburg, where everything always begins. Their ‘audience’ would consist of their friend and film-maker Michael Maillard, and his assistant Xavier Schaller. Just two people, but it was enough to make the Dirty imagine a crowd full of people ready to listen to them. And these emotions are palpable in every track of this – unusually – live album:

«The presence of these two people gave us the energy we needed to perform as if we were in front of a packed crowd. We felt so comfortable that we naturally launched into wild improvisations. It was a beautiful moment and the end result exceeded our expectations. This album simply presents three friends doing what they like best. This is our Live Alert», says Stavros.

We couldn’t pass up the chance to chat with them, to get to know them better and learn more about a possible release of new music in this 2021.

First of all, how did you meet, and how was the band born?

We met 15 years ago, as teenagers. I (Stavros, ed.) was a Led Zeppelin and psych/blues/prog rock fan and had just picked up the guitar. I met Marco who already played in several bands but who had never found the right people to make something serious. After 6 months of playing together we were foolish enough to think that we were ready to play on a stage so we started looking for a drummer. We heard of this young 13 year old drummer named Maxime who was setting local stages on fire. 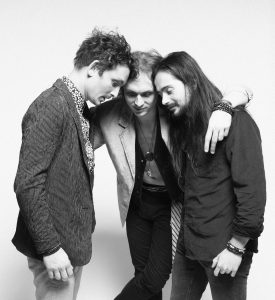 His band had just broken up so we went to his parents house for a rehearsal… we started jamming and the jam never stoped.  It’s been an intense journey from this moment till today. We had several different line-ups with other people joining and leaving but in 2015 we understood that we actually were better as a power trio. The three of us had developed a unique musical vocabulary and we had become best friends through the years.

That is when things started to get serious. In 2017 we released our first album Western Lies and started touring across Europe. Everything was very intense until Covid-19 kicked in in the middle of the release tour of our second album Transgenic. Since there, we’ve been recording a lot of new music. We’re ready for the next 15 years.

Your sound draws heavily from the so-called Golden Age of Rock: what is your secret ingredient to make it so fresh, modern and appealing to generations that have not known the greatness of those years?

We think that the secret ingredient is simply passion and time. Music means everything to us and we never get enough. We have been practicing intensely for the last 15 years. In the first few years of our careers, we didn’t get a lot of exposure as a Swiss band. It’s very difficult to gain a following if you are not American, British or Australian. So the only thing we could do is rehearse more, trying to get better and better. Being isolated from the world in our rehearsal room helped us find our sound. We don’t care about what radios want to hear. Our goal is to be authentic. Happy to see that more and more people understand and love our music. It’s the best reward a musician can hope for.

And now for the sore topic: the global situation due to covid 19. Do you remember what your first reactions were a year ago to this event? How did you manage to create a live album in a studio? Did you encounter any difficulties?

Our first reaction as Swiss citizens was to feel alarmed and sorry for our Italian neighbours. Then it hit the entire world. In some ways, our album Transgenic  is foreshadowing the pandemic (for this reason, check the video Organic Sacrifice). The first few weeks of the pandemic allowed us to rest after three years of intense touring. We were supposed to produce a live album on our UK tour in April 2020. Instead, we did it in the studio. In the end, it worked out great. We captured the live energy but with the quality of a studio recording. There is a lot of emotion in the way we played on the record. The worst frustration for a musician is not to be allowed to play live. So these feelings are all channeled inside Live Alert. In the end, the recording of this album was pure fun.

Is it possible to have some anticipation about the new album, which will be released this year?

We still don’t know if it will be released this year or early next year. It all depends on the evolution of the pandemic. It’s a record that needs to be played live. It’s probably the album that many of our fans have been waiting for. Some of the tracks have been played live for years and are already fan favorites but we were simply waiting for the right moment to record them. It was an easy album to record because we already had the music in us. Our first two studio albums are experimental. This will be the one that sounds 100% Dirty Sound Magnet. Those who have seen us live and will hear the album will understand what we mean. 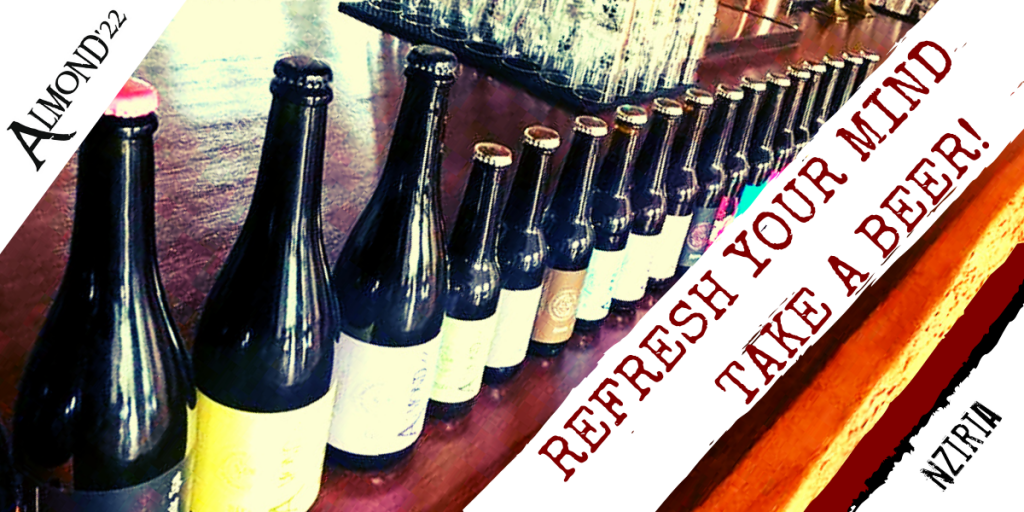 Beer is the most consumed alcoholic beverage in the world for thousands of generations, but it is also the oldest.