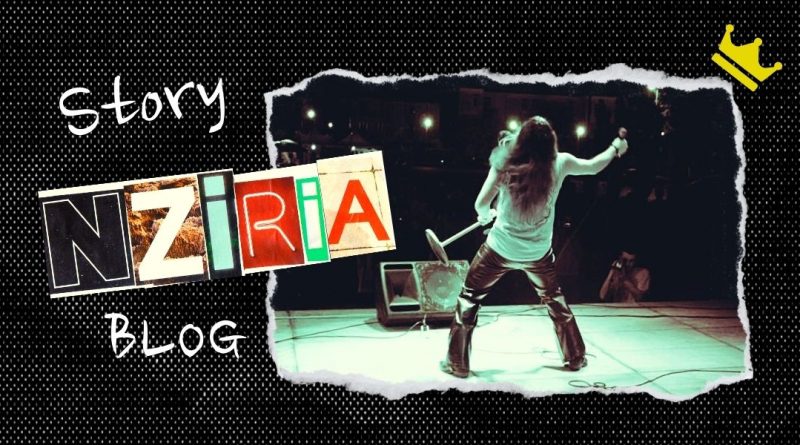 We will tell you about NZiria: thanks to a series of memories, emotions and sensations, we will take you to the discovery of its origins. Let’s take a look at the past to better understand the multifaceted soul of the project, always ready to recruit new members and take up new challenges around the world.

NZiria association has been working for almost seventeen years for the artistic and territorial promotion. Not bad, for a cultural project that has now turned into the first existing social media magazine. And that’s not all: the association is also currently involved in the beverage sector with a beer, which aims to connect people interested in art, music and the environment. 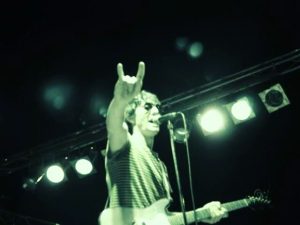 We have to go back in time, exactly to a May evening of 2004. A starry sky, harbinger of hope,  full of dreams for some young people from the province of Salerno. It was then that we decided to found an o.n.l.u.s association, with the aim of giving a cultural turn to the territory. Through a festival (which would soon become an unexpected shock, in a territory fully of marked youth social discomfort), the idea was to create a community that could give a new contribution to unheard stimuli.

Name’s choice for the association was shared together, and was born from the beauty of chance. It was a record of Almamegretta, and in particular the song ‘NZIRIA to become our mental leitmotif. That name was perfect for the mission and the values that still prefix the association itself spur curiosity, the eagerness to learn about new forms of art and music, as well as to raise awareness for a sustainable environment. 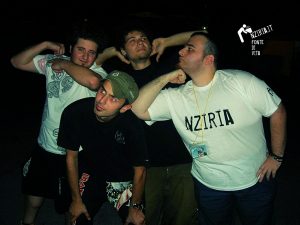 Subsequently we searched a venue for the festival. So, the main aim was to introduce to a wider audience emerging artists and bands, mainly of the rock scene, from the province of Salerno to Apulia. That innovative festival took the name of NZIRIA ZOO. We Children from Zoo Station was our inspiring book. Our first slogan was Mo Bast! (stop now!), and immediately after NZiria Fonte di Vita.  The desire of vitality that makes you overcome any obstacle, in a nutshell. How the association aimed to counter forms of social depression? Easy: through the power of rock music and Street Art.

The designated location of the Festival was eventually Castel San Giorgio, with the approval of the municipal administration. And so it was that the event was greeted with great enthusiasm, both by citizens and politicians. The nziria, the capricious but good eagerness had taken possession of everyone’s soul. The fervor with which the festival was welcomed boded well for the improvement of the quality of social life in the area.

Dreams shattered, but not lost 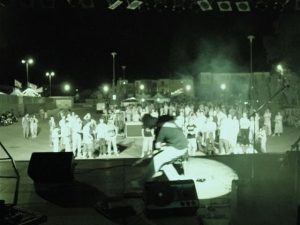 Unfortunately, all it was a one hit wonder. The first four – very troubled – editions of the festival, from 2004 to 2007, presented a little more than 30 bands and 10 street art artists. But they were difficult years. There were tensions and attempts to destroy the project, and the hopes of recreating a cultural hub that would have given a chance to the country and led to a sustainable territorial development seemed to be permanently shattered.

Hovewer, he NZiria that stood out that festival had left a mark in the minds and souls of the organizers. That fire of passion was not extinguished. It was therefore decided to continue in an independent way. We organized a rock jam sessions, with an eloquent name, Parenti Serpenti, also to admonish those attitudes of betrayal towards the beauty of the cultural project. Like the gas stove in Mario Monicelli’s film, that jam session was a real fuel for the start of the artistic competition. It only took ten evenings, in the bars and squares of the province. And the finale was really explosive.

A new beginning, all over the world

2012 was a year of emigration for almost all members of the association. Some went to Portugal, some to Spain, some to Ireland, some to France, some to Switzerland, some to Norway, some to Northern Italy and some to the United Kingdom. Giovanni Pellegrino, the founder, stayed in London for seven years. The nziria was still a living flame.

He firmly believed in the project and decided to restart it. So in 2013 a business card was created, and the graphics of the association’s logo were redone. The result was an impactful flag, which, printed on a card, became the new symbol of community membership. It was distributed to old and new members, initially spread across London and Salerno.

As membership grew, the card became more and more of a fetish object. The photo of this one with the most beautiful landscapes in the world became popular, followed by the hashtag #nziriacard.

Years of self-taught efforts, trial and error and sacrifices have resulted in the platform as it is today. Ambitions are high, but we are equally proud of our achievements. We are proud of telling the story of an Italian enterprise for art and entertainment.

*Download your photo from the gallery below, or post it on your favourite social network with the hastags: #nziriastoryblog and #nziria, in order to add it with our network.  If you want to add (or remove) other photos to the photo gallery instead, send us an e-mail to info@nziria.com. If you have other material eventually, such as CDs, VHS videos, posters or prints, send to: Associazione NZiria – via Antonino Rescigno N°70 – 84083 – Castel San Giorgio(Sa)-Italy. It helps for  for our historical archive!

Rosario Memoli, the artist who invites you to lose yourself in shapes and colours 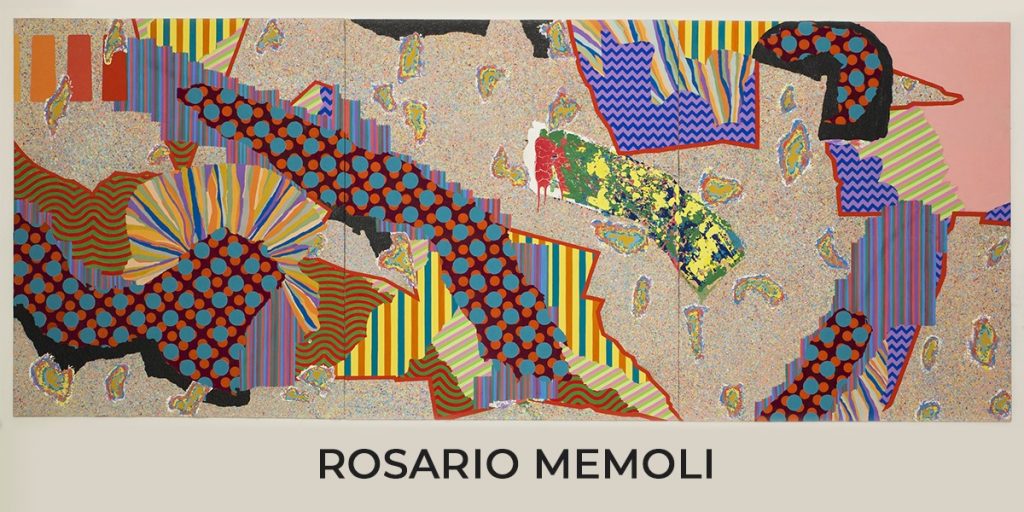 Rosario Memoli is an eclectic artist: he is a painter, but he is also a sculptor, a videoperformer and a