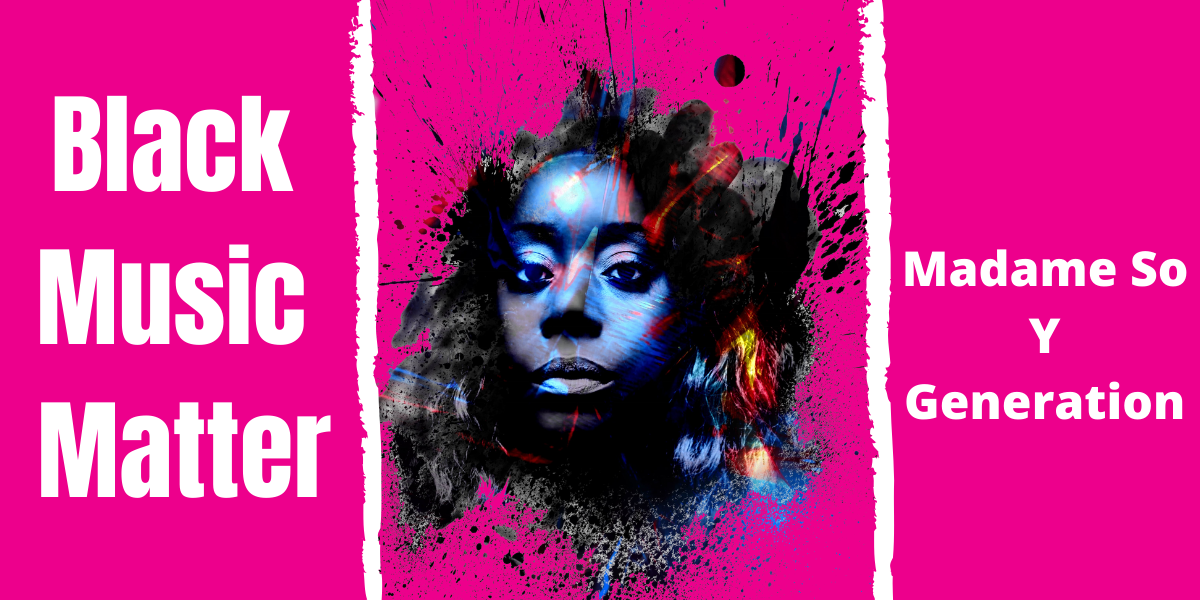 Madame So is a Parisian singer-songwriter, operating on the independent music scene and living in London. Her music, scratchy and disruptive, has distinguished itself over the years for the immediacy of its sound. Moreover, many people find in her similarities with the style of Hole, Blondie, Patti Smith and PJ Harvey, because of her busy lyrics. She sat down with NZIRIA to talk about her new single “Generation Y”, the Black Lives Matter movement, as well as the future and her hopes for the world. 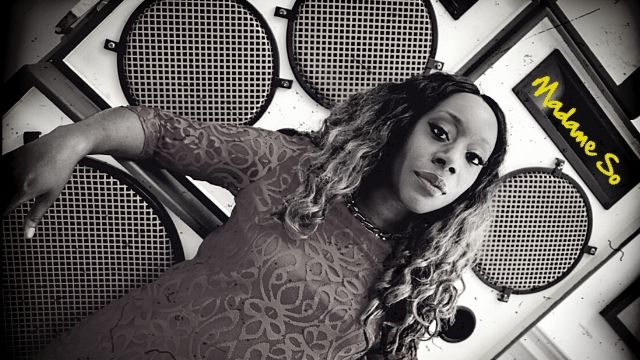 “If I pushed your buttons, I’ve accomplished my mission.” This is kind of Solange Moffi’s mantra, better known as Madame So. It was 2011 when the young artist started to take music seriously. First as a reviewer, then writing songs on her acoustic guitar. From pure and simple experimentation in the confines of her bedroom, time after time Madame So came into contact with the most varied musical scenarios. Until she developed a very personal idea of music: this seems to be working in her favour as  her music has a  strong identity, resolute and ready to take from the world everything that naturally belongs to her.

The melodies, because of its distorted guitar riffs and the incisive drum strokes, are very reminiscent of the grunge atmospheres. These are typical of the alternative rock of the 90s, from which Madame So seems to draw inspiration. But it’s actually impossible to pigeonhole this artist due to her many influences. As a matter of fact, what has now become her signature is her ability to mix divergent sounds. Indeed, the plus of her songwriting is a refined backing vocal, which amplifies the speed of the song. 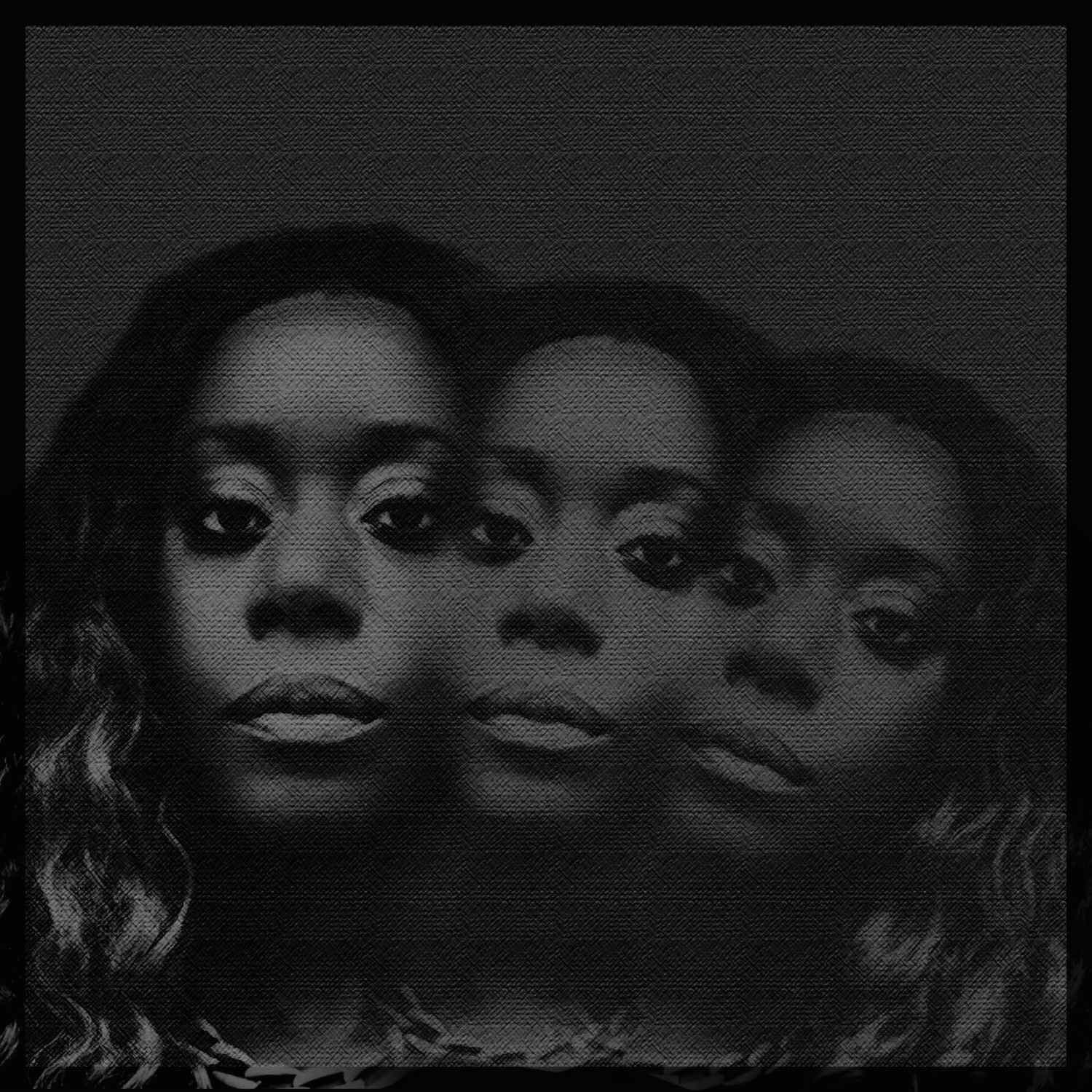 Madame So is also a very skillful writer: her lyrics heart wrenching, and it’s precisely because of her brazen bluntness that she is getting noticed and discovered by wider audiences. In fact, she is the best wordmisths on the London scene, and is well known her ability to say what’s what and  partly thanks to her strong sense of Parisian humor. Take Generation Y, for instance. The new single, released last May 29th, is a beautiful and raw portrait of the modern generation born at the turn of the millennia. Previous generations rarely fully understand the young ones. Even more  is Generation Y, which finds itself having to struggle with the difficulties of modern times, facing up to the uncertainties. Madame So seems to grasp these contrasting emotions, and channels them into a song with a fast and angry rhythm.

So we asked her some questions, about her music, about her new track, about how she lives life as an artist and a Black woman.

Your music has clear grunge references. Who are you musically inspired by? And what do you think your trademark is?

My musical influences are way too numerous to list. The obvious ones in terms songwriting – as opposed to sound – are Nina Simone, Bob Dylan and Evan Dando from the Lemonheads. Indeed, I love 90s alternative rock: it is both entertaining and enlightening. When it comes to my music, as a songwriter I think my trademarks are catchy melodies and meaningful lyrics. Anyway, that’s how I identify my songs to date. They can be so melodic that they can be amalgamated with pop, despite always having a hard edge to them, which some deem either too little or too much. 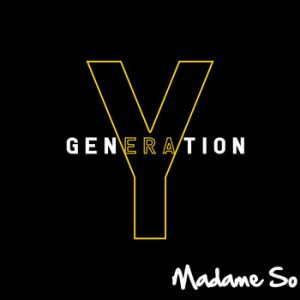 Your new song, “Generation Y”, is really amazing. Why do you think old generations are prejudiced against new ones? And why is it so important to invest in young people?

Oh thanks, I’m glad you like it. I didn’t expect it to be as well received as it has been so far. I think it is a cycle of life: “every older generation seems to have a problem with the younger, more innovative ones, and they seem to forget that they too were once the younger generation”, to quote a journalist who recently wrote about Generation Y.  We all know that younger generations always contribute to forward thinking and progress. Look at us and them, challenging the concept of gender or unethical cultural heritage; defacing, vandalizing and removing statues of all these colonial figures all over the world. This is great, and only a young and fresh spirit could ever conceive and achieve it.

Another great song of yours is “Black is beautiful”. During this time of clashes and struggles for equality for black people, it sounds like a hymn of hope. What does “being black” mean to you? And how much has this affected your career as a musician?

Thanks, I’m happy this song touches people. To be honest, this song was really written from a very egocentric perspective. They addressed my feelings as a black woman playing guitar music. This is still today perceived as belonging to “white culture”. But I truly feel “black”, and I am proud to be so. I really wanted to play with the slogan Black is Beautiful, assert that being Black is not one-dimensional and that you don’t have to abide by society’s stereotypes to own your Black identity.

As a musician, of course I am like a freckle in a very pale space, which I both embrace and resent.

As much I am all in for being different and going against the grain, I don’t want to justify myself for it. I know that my being Black  and woman gets me rebuked and dismissed by some people in the industry who are very set in their ways, and like their Rock to sound and look a certain way. This said, it is so heart-warming, reassuring and stimulating to see how things are slowly shifting in the right direction. I’m proud to be part of a contemporary forward-thinking scene of black guitar artists (Delila Black and Vodun, to name a few).

What do you think about what’s happening in America?

We are truly living historical times: Brexit, the perisher that is Donald Trump, Covid-19 and now Black Lives Matters 2.0. This movement which has been operating for seven years was already overdue then and is more relevant than ever today.

I am glad to see it is now being taken seriously and that people from all walks of life want to get enlightened by it and contribute to peace and equality worldwide.

It is great to see that people are starting to accept the uncomfortable truth, that Black people have been and still remain the most oppressed and stigmatized population in the world, for no reason other than the colour of their skin.  “Enough is enough” and that things have got to change in order to achieve across the board equality. And it will take some sacrifice…. “By any means necessary.” 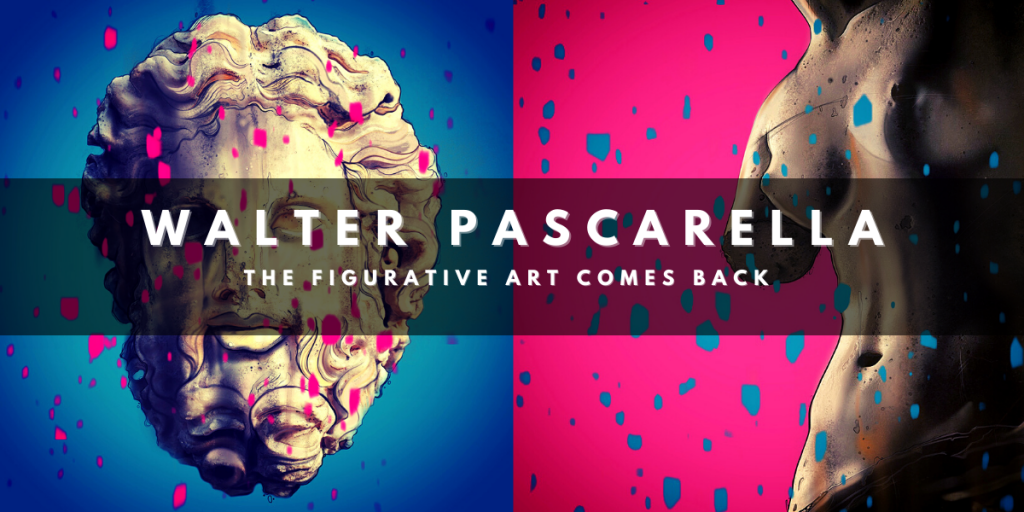 Walter Pascarella is an artist originally from Naples. He creates pop-style paintings, with a focus on objects and stories from